Yay for the postie!

I love getting arty stuff in the mail, and it came at just the right time. I arrived home, not very well, to an amazing lot of mail art.  Absolutely cheered me up...thank you all.

The first, and largest, package came from Penny in South Australia.  I had given her a miniature painting of mine when she was visiting this part of the world, without any idea of her responding in kind. 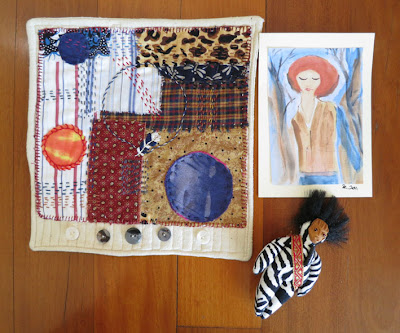 Penny's Gorgeous textile wall hanging is lovely, but I adore the little doll (with pin attached) and it will grace my next basic black outfit.  AND she included a handmade card.  Aren't I lucky !  Do visit Penny at:

The next package was three bookmarks...a trade run by Chris at Parabolic Muse.  Click on the link to see lots more.

There were a few ATCs... 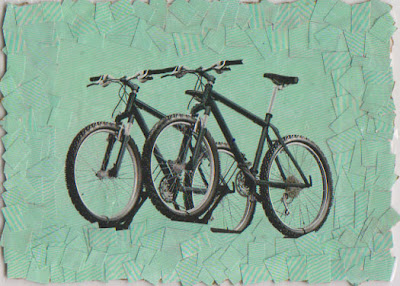 1. 'Two Bicycles' from Nydia as part of a 'Wheels' trade run by Karen who is a Mail Art afficionado.  Interestingly I've run across Nydia again in one of my Yahoo ATC trading groups.  Hope to trade with her soon. 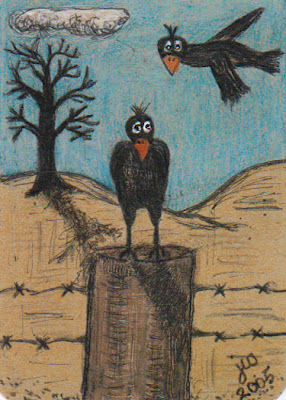 3.  Linda Marzano (from the same group) sent these FIVE fabulous fish ATCs in trade for ONE of mine....hmmm....I'll have to find a way to reciprocate. 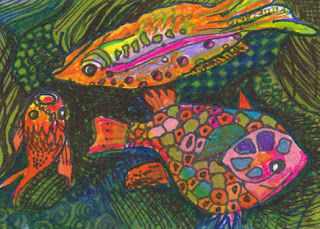 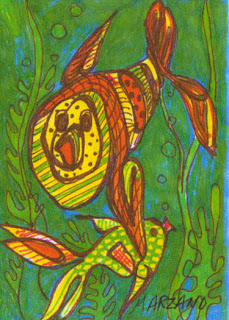 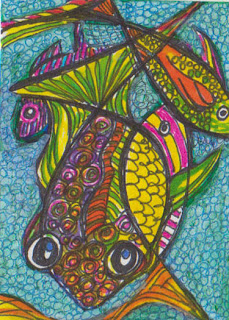 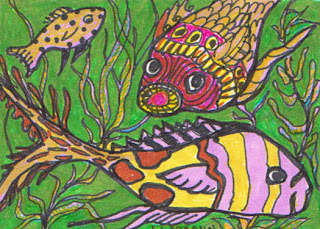 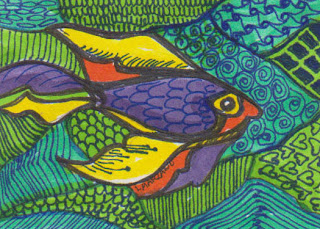 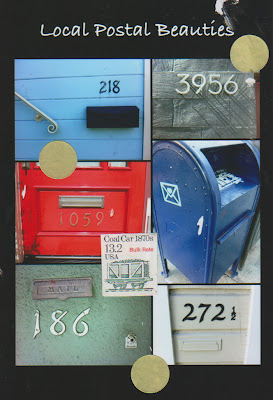 1.  From Gina Visione, in response to my 'Trash' postcard another trade run by Karen.... and 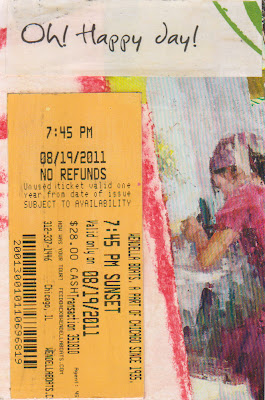 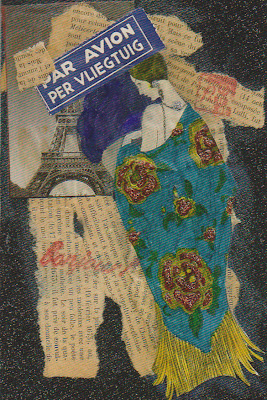 What a plethora of creativity !!!

Thank you all for cheering me up.  After a battery of medical tests I have been diagnosed with whooping cough AND the new strain of influenza...at the same time....AND I've given it to Richard (naturally).  So now I feel crook AND have a sick male to care for... and you girls all know what that's like.

Anyway... no art for me for a little while, at least until I feel enthused again.  Mind you, my package of collage materials from Joel Lambeth for the 'To the Power Of N'  project has arrived....hmmm... maybe I'll just do a little bit. 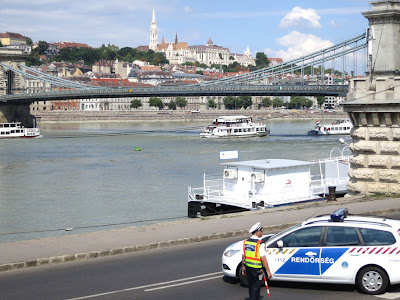 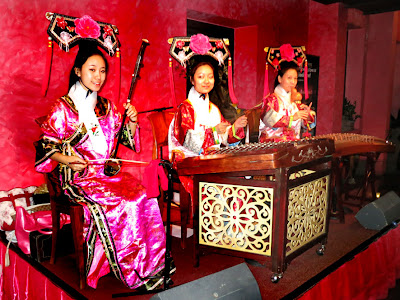 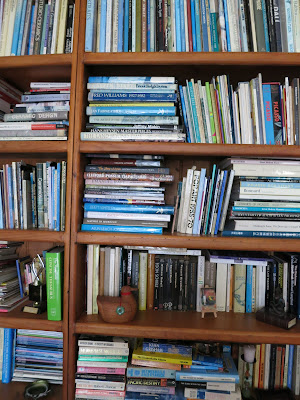 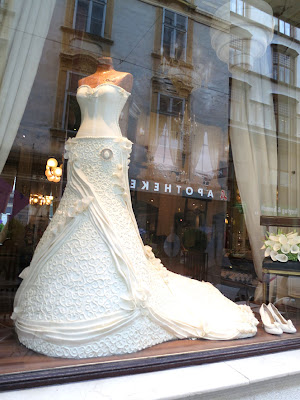 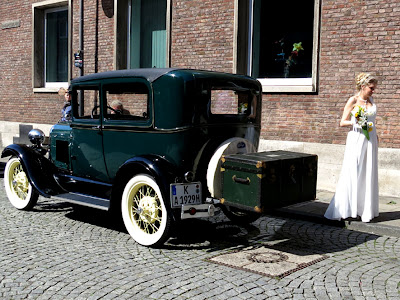 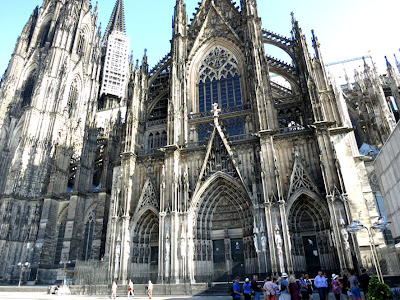 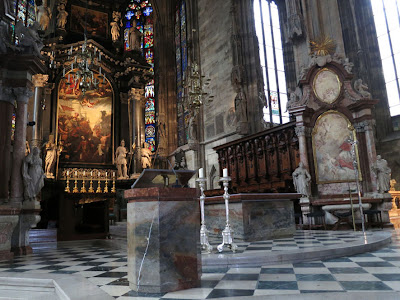 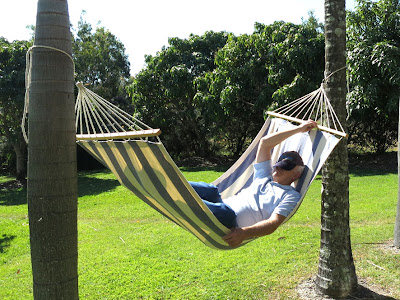 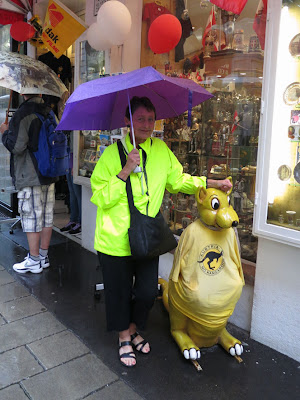 During a slow time, artistically speaking, I like to do a little trading of small works. Karen Isaacson has been hosting two swaps... 'Trash' postcards made from recycled or leftover paper and stuff.  This one contains scraps of painted paper lefrover from other projects, bits from various envelopes, and a bottletop. 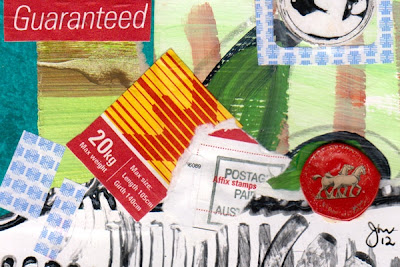 ATCs based on the theme 'Wheels'... 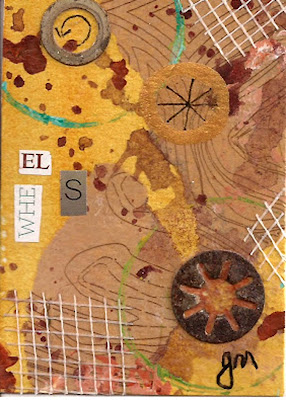 ..painted and collaged papers, letters from a magazine, old washers, and ink.

Thanks Karen for featuring my work on your blog.

You can visit Karen HERE.